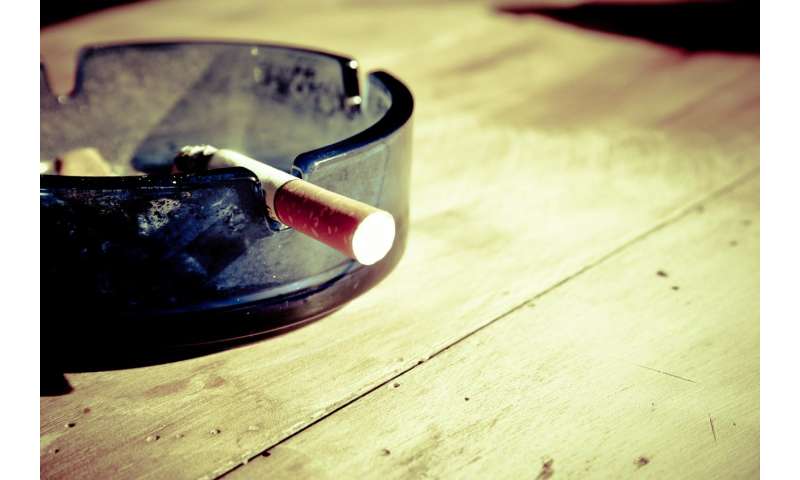 More than a third of young adults report using both cannabis and tobacco or nicotine products, providing a unique challenge to public health officials as cannabis is legalized in more jurisdictions, according to a new RAND Corporation study.

Studying a group of young adults from California, researchers examined the many different ways that cannabis and tobacco or nicotine products are used together—a byproduct of the introduction of new vaping devices and other delivery methods.

Among those surveyed, young adults who used cannabis and tobacco or nicotine together in some way (either using one right after the other or by mixing the products together) tended to consume more marijuana and tobacco or nicotine products, and report poorer functioning and more problematic behaviors compared to those who used did not use both products together. The study is published online by the journal Psychology of Addictive Behaviors.

“There is growing concern that as more states legalize marijuana, there also will be an increase in tobacco use because the two substances may be used together,” said Joan Tucker, lead author of the study and a senior behavioral scientist at RAND, a nonprofit research organization. “Co-use of cannabis and tobacco could reverse some of the progress made on reducing rates of tobacco use.”

Mixing cannabis and tobacco is more common in some other countries compared to the U.S. But in recent years, cannabis and tobacco or nicotine co-use in the U.S. has risen among adults, coinciding with greater availability and diversity of cannabis, tobacco and vaping products. In the U.S., national data show that young adults between the ages of 18 and 25 are more likely to use cannabis, tobacco or nicotine products than any other age group.

Studies on the issue thus far have have been limited in scope. They typically have not accounted for the use of newer vaping products nor examined whether certain ways of co-using these substances is associated with greater problems.

RAND researchers surveyed more than 2,400 young adults during 2017 and 2018. Participants have taken part in an ongoing study of substance use patterns from adolescence to young adulthood. While they originally were recruited in 2008 from 16 middle schools across Southern California, they now live in more than 400 neighborhoods throughout the state.

Using both substances sequentially (one right after the other) on the same occasion was reported by 17% of the young adults, and 14% reported using the substances together by mixing them in the same device.

The study found that co-use of cannabis and tobacco or nicotine is associated with worse functioning, including poorer mental and physical health, as well as greater problematic behaviors such as fighting, skipping school, being fired and getting in trouble with the police.

Young adults who used both products in the past year, but did not use them on the same occasion, did not show greater risk compared to those who used only one of these products.

“How these products are used together matters in terms of potential health consequences and functioning among people in their late teens and early 20s,” Tucker said. “Our findings suggest that we can no longer just think about the consequences of tobacco use or marijuana use alone—we have to think about them together.”

For example, programs designed to educate people about the health risks of tobacco or cannabis probably need to address both substances at the same time, Tucker said.

Support for the study was provided by the California Tobacco-Related Disease Research Grants Program Office of the University of California and the National Institute of Alcohol Abuse and Alcoholism. Other authors of the study are Eric Pedersen, Rachana Seelam, Michael Dunbar, Regina Shih and Elizabeth D’Amico.

Rheumatoid arthritis: Symptoms that might not seem ‘clearly related’ to arthritis