Bowel cancer is one of the most common cancers to be diagnosed in the UK. After the tragic death of US actor Chadwick Boseman last weekend, ITV This Morning’s Dr Zoe Williams explained the signs and symptoms you should know about.

Bowel cancer is a general term for any cancer that develops in the large bowel, and it may sometimes be known as colon or rectal cancer.

The early warning signs of bowel cancer can be very subtle, and many people may not be aware that they’re at risk.

That’s why it’s crucial that you always check your stools after using the toilet.

Following Boseman’s shock death, Dr Zoe explained that there are a number of different symptoms of bowel cancer that can be spotted in the toilet. 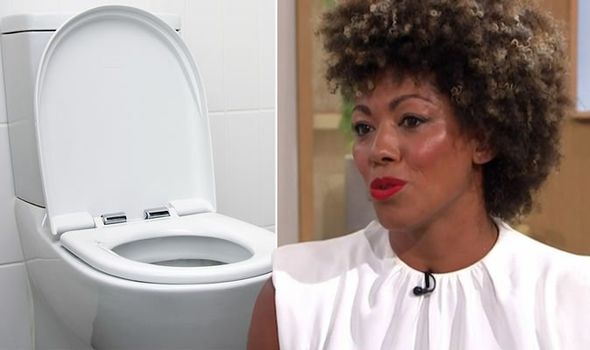 Any change to your bowel habit could be a sign of bowel cancer, she said.

Some people may find that they use the toilet more often than normal, or not as often.

Others may notice a change to the texture of their stools.

That may include particularly hard poo, while others may have looser stools than normal.

“It doesn’t always give people symptoms, but the symptoms that it can give are really anything that’s different.

“So when it comes to your bowel habit – your poo – it could be anything that’s different. It could be that you’re going more often than you’re used to, or you’re constipated.

“The consistency has changed; it’s either really hard or really soft. Obviously, if there’s blood in the poo is the one that people are aware of.”