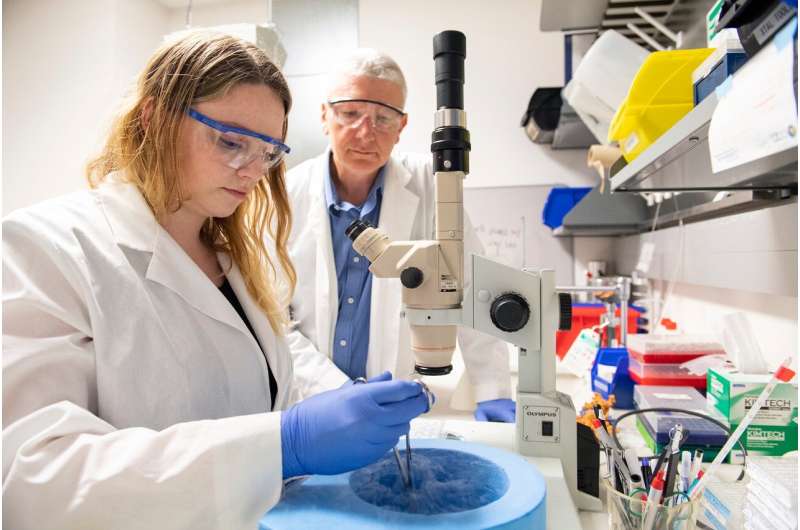 Researchers at the University of Cincinnati College of Medicine have developed a blueprint for a protein that plays an important role in the development and regulation of reproductive organs.

The knowledge advances our understanding of the protein anti-Müllerian hormone (AMH), which helps form male reproductive organs and, in females, regulates follicle development and ovulation in the ovaries, explains Thomas Thompson, Ph.D., professor in the UC Department of Molecular Genetics, Biochemistry and Microbiology.

Scientists have been looking to regulate AMH because it might play a role in developing a novel contraceptive, aid in treatments for infertility and be useful in protecting the future fertility of women undergoing chemotherapy.

“AMH is unique in that it has a dedicated receptor,” says Thompson. “This signaling module has a one-to-one relationship with a signaling receptor. What we have done in the study is define what that looks like and how those two interact. That helps us with trying to understand how we can therapeutically modulate the signaling molecule or the signaling receptor pair.”

“Chemotherapy can damage follicles and cause less fertility over time,” Thompson explains “If you can put the brakes on the reproductive process, you can actually protect the ovary and possibly maintain the ability to have children after chemotherapy.”

Research findings from Thompson and lead author Kaitlin Hart, a doctoral student in UC Department of Pharmacology and Systems Physiology, are available online in the scholarly journal for the Proceedings of the National Academy of Sciences (PNAS).

“Preserving the fertility of women undergoing chemotherapy by protecting the follicles will have a big impact on the quality of life for women of reproductive age,” says UC’s Hart. “This becomes more important as more women have children at a later age and increased incidents of cancer occur in younger individuals.”

Hart says a better understanding of how AMH interacts with its signaling receptor might also help scientists find a better treatment for polycystic ovary syndrome (PCOS), a hormonal disorder that leads to irregular menstrual periods, excess production of male hormones such as androgen and impeded ovulation in women of reproductive age.

The causes of PCOS are unknown, but it can also lead to Type 2 diabetes and heart disease. It’s one of the most common causes of female infertility affecting up to 12% of women of reproductive age, according to the Centers for Disease Control and Prevention.

“There is no cure for PCOS and treatment options are extremely limited due to a lack of understanding of the disease,” says Hart. “A group of researchers in France investigating AMH believe it is linked to PCOS with possibly too much AMH leading to infertility.”

Animal well-being might also receive a boost with development of a contraceptive that uses AMH.

The knowledge UC researchers have advanced will benefit a project spearheaded by the Cincinnati Zoo & Botanical Garden to reduce the population of feral cats. Officials at the Cincinnati Zoo are working closely with the same researchers from Harvard Medical School who are collaborators on the research from Thompson’s laboratory.

Q&A: What to do if the heat makes you sick

What to Expect if You’re Walking to Burn Fat 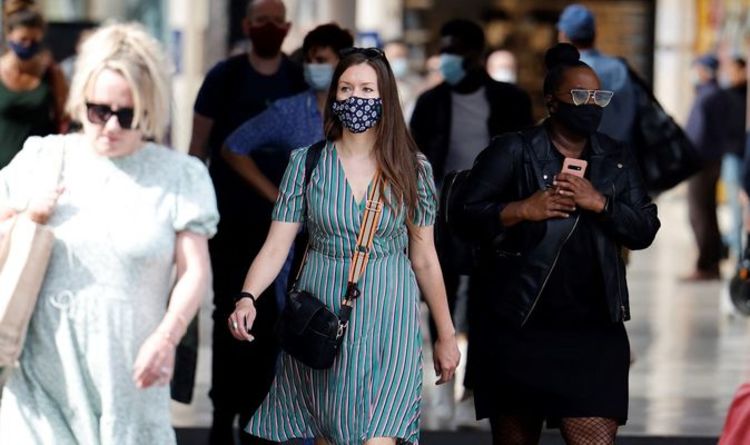