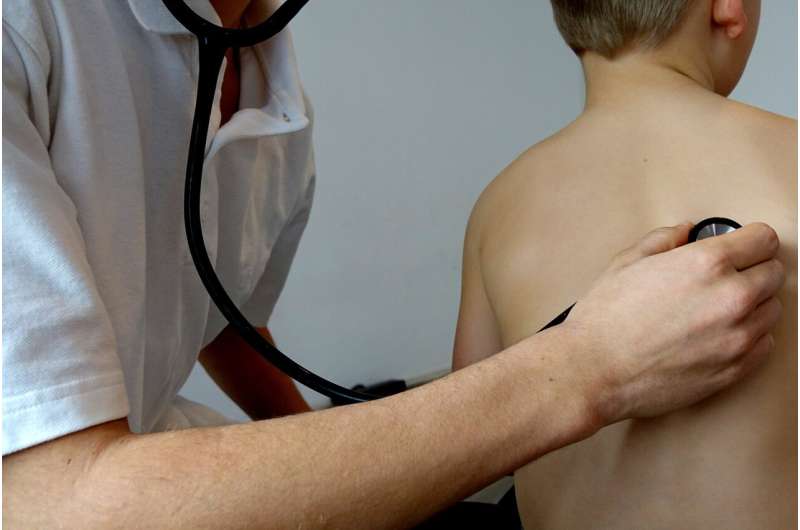 While 73% of children lived with both biological parents in 1960, that number today has dropped to 60%, Jonathon Beckmeyer, assistant professor at the WVU College of Applied Human Sciences, said.

Increasingly, children may live in households headed by a diverse group of caregivers, such as grandparents, other relatives, a single mom or dad, or a biological parent and stepparent.

Using data from the 2019 National Survey of Children’s Health, Beckmeyer assessed health care for kids from various family structures, considering whether a child had been to a doctor in the past year, was able to speak with a doctor alone, had a regular location for preventive and sick care and a regular doctor they saw there, and whether doctors “made the families feel like partners in the child’s care.”

Survey responses provided by caregivers of more than 12,000 children aged 12 to 17 revealed that for each of those categories, married biological or adoptive parents outperformed all other types of families in enabling children’s access to health care. Beckmeyer’s findings were published in the Journal of Family Nursing.

Children growing up in homes headed by a relative other than a parent or grandparent had the least favorable outcomes, followed by children raised by single fathers.

For Beckmeyer, that doesn’t indicate poor caregiving by relatives and dads. Instead, he said it reflects an overarching trend: Children from the least common kinds of families have the lowest access to health care.

“Single-father families are pretty uncommon for a variety of reasons including the expectations we have for men and women around child care,” Beckmeyer said. “In this data set, we’ve got 1,802 single mothers and 556 single fathers. It’s almost three to one, and that’s representative of U.S. households.”

“If your family structure is more unique, you’re going to have difficulty explaining it to others. Establishing the roles, boundaries and routines within the family might be more challenging. Providers may not quite know how to best serve that.”

Challenges can come from the family. For instance, recently divorced parents may lack a system for sharing health care responsibilities or medical information with each other.

Challenges can also emerge on the provider side, as when a doctor or nurse is unsure about which of a child’s multiple caregivers can legally access health records.

“Many programs aren’t marketed to fathers, or fathers may not feel comfortable going to them,” he said. “WIC—Women, Infants and Children—is interesting because it’s three things in one. One of those is women’s health, but the other parts are infant and child health and family nutrition.”

“A single father’s children could absolutely be eligible for the infant and children part of those programs. But those fathers may think, ‘Well, it says ‘women,’ so am I going to be welcome here?'”

While Beckmeyer’s research illuminates those hindrances, it also demonstrates that initiatives like WIC, the Supplemental Nutrition Assistance Program and the Children’s Health Improvement Program have resulted in recent improvements to health care access for children from non-nuclear families.

US government recommends not traveling over Thanksgiving