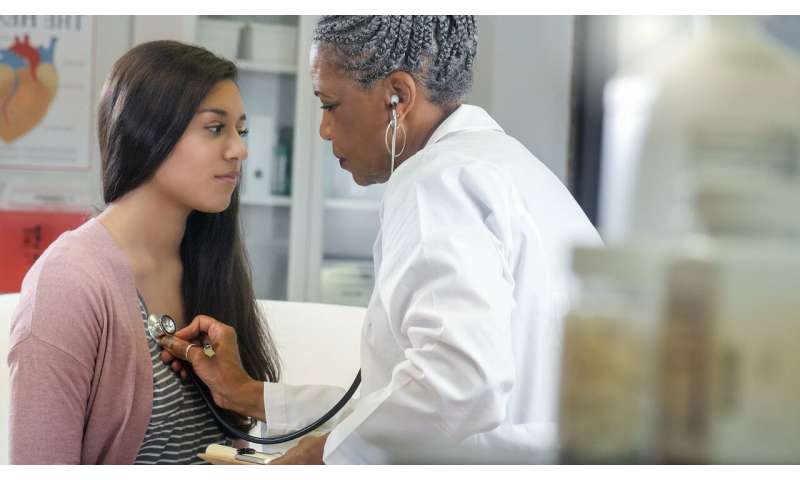 As levels of ozone and fine particulate pollution (PM2.5) rise, more patients end up in the ER with breathing problems, according to the largest U.S. study of air pollution and respiratory emergency room visits of patients of all ages. The study was published online in the American Thoracic Society’s American Journal of Respiratory and Critical Care Medicine.

In “Age-specific Associations of Ozone and PM2.5 with Respiratory Emergency Department Visits in the U.S.,” Heather M. Strosnider, Ph.D., MPH, and colleagues report on the associations between ground-level ozone and fine particulate pollution and ER visits for asthma, chronic obstructive pulmonary disease (COPD) and respiratory infections.

“Previous studies of ER visits related to respiratory illness have shown that children are particularly susceptible to air pollution, but those studies were mostly confined to a single city,” said Dr. Strosnider, lead health scientist at the Centers for Disease Control and Prevention (CDC) National Environmental Public Health Tracking Program (Tracking Program). The researchers leveraged the data available through the Tracking Program to look at the association between air pollution and respiratory ER visits across hundreds of U.S. counties.

Ozone, the main ingredient of smog, and fine particulate pollution, microscopic particles that penetrate deep into the lung, are two important forms of air pollution in the U.S. The study looked at the levels of these two pollutants in 869 counties in the week prior to an ER visit for a breathing problem. The study included nearly 40 million ER visits for breathing problems from the counties, which represent 45 percent of the U.S. population.

Dr. Strosnider said that study findings should guide efforts to protect those most vulnerable to air pollution. “For example, we observed strong associations for ozone among adults under 65 and for fine particulate pollution among children,” she said. “This information can be used by public health officials and governments to make important decisions about air pollution and respiratory health in our communities.”

Older people are worse at learning to self-help, but just as good learning to help others