Chris Hemsworth recently announced he’ll be taking a break from acting after discovering he has a gene that leads to a higher risk of developing Alzheimer’s disease.

The 39-year-old Australian actor underwent a series of genetic tests for Limitless, a Disney+ documentary series about ageing and longevity, when he became aware of the predisposition. 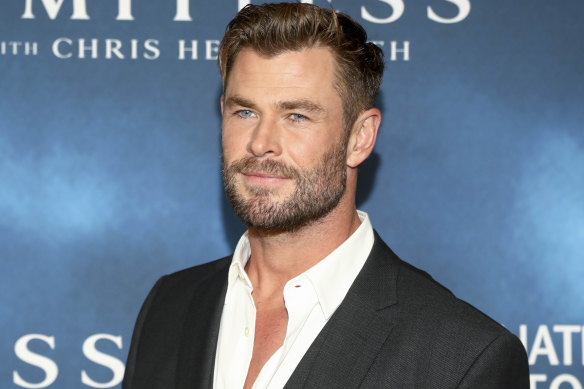 Chris Hemsworth discovered that he has two copies of ApoE4, a gene that increases one’s risk of Alzheimer’s.Credit:AP

The discovery revealed his “biggest fear,” he told Vanity Fair over the weekend. “The show, which initially was an exploration of longevity and, of course, should be fun, became even more relevant and important for me, even more poignant than I ever thought it would be.”

“It really triggered something in me to want to take some time off,” he told the publication. “When I finish this tour this week, I’m going home and I’m going to have a good chunk of time off and just simplify. Be with the kids, be with my wife.”

What does the ApoE4 gene mean for Alzheimer’s?

Tests revealed that Hemsworth has two copies of the ApoE4 gene, a risk-factor gene that increases one’s chances of developing Alzheimer’s, and is also associated with its early onset. About 25 per cent of people carry one copy of the gene, while only two to three per cent carry two.

Hemsworth told Vanity Fair that the results were not a complete surprise as his grandfather has Alzheimer’s. Does this mean everyone with a relation to the disease should be rushing out to get tested?

Should you test for ApoE4?

Associate Professor Genevieve Steiner-Lim, a cognitive neuroscientist at NICM Health Research Institute, Western Sydney University, says that while genetic testing is part of identifying dementia risk, it’s only one part of the process. She emphasises that for the gene that Hemsworth has, developing Alzheimer’s is not inevitable.

“In terms of population wide testing, it’s not really viable or really necessary,” she continues. “If people are concerned because they have family members with Alzheimer’s disease, talk to your GP.”

“[The ApoE4 gene] is a risk factor,” agrees Olivier Piguet, a professor of clinical neuropsychology at The University of Sydney, “but it’s not a genetic mutation that will give you the disease. You have people who have it and will lead a happy life, and you have people who don’t have the gene and will develop the disease.”

What preventative measures can you take?

While having the ApoE4 gene shouldn’t be cause for panic, it’s still important to understand the ways in which we can reduce our risk of Alzheimer’s. “It’s about ‘how do you mitigate it?’,” says Piguet.

According to global data, 4 in 10 dementia cases may be preventable. So, what can we do to prevent or slow its progression?

“In Australia, physical inactivity and sedentary behaviour contributes almost 18 per cent to the risk of dementia,” says Steiner-Lim.

Obesity in midlife is also a risk factor, Steiner-Lim says, alongside things like hypertension, depression, smoking and diabetes.

Cognitive and social inactivity, stress and poor sleep quality, while only emerging risk factors, may also contribute to dementia, particularly later in life.

It’s never too late, and it’s never too early to start mitigating the risk of dementia, says Piguet. “Even if you’re in your 70s and you start exercising it’s a good thing.”

And, he adds, that every little bit counts. “Even a little bit [of a lifestyle change] is good, it’s not like you have to change your whole outlook on life.”

Make the most of your health, relationships, fitness and nutrition with our Live Well newsletter. Get it in your inbox every Monday.

Most Viewed in Lifestyle

Measles: Vaccination rates fall to lowest in decade – why your child should get jabbed