Jamie Kern Lima may have sold her company, It Cosmetics, to L’Oréal for a cool $1.2 billion, but for the entrepreneur, it was always about the community — not the cash.

So it comes as no surprise that after exiting the business in August 2019, her first order of business was writing a memoir/self-help book for her legions of fans, titled, “Believe It: How to Go From Underestimated to Unstoppable.”

In the book, which comes out on Feb. 22, Lima tells the story of how she and her husband, Paulo, built It, weathering countless no’s and negative responses and an ever-dwindling bank account until they finally got their big break — a 10-minute spot on QVC, during which Lima would be expected to sell 6,000 units.

She famously used herself as a model, sharing barefaced photos juxtaposed with “afters” when she was wearing the product. At a time when aspirational beauty was the rule of the day, the audience response was immediate — Lima not only sold 6,000 units, she garnered a waitlist of 300,000.

From there, she was off and running, becoming one of the biggest success stories in business in the Aughts. Lima’s goal with the book is to inspire others to do the same. “I feel like we’re in this time where so many people are feeling defeated and powerless and need hope and inspiration, and this book couldn’t be coming at a better time” she said, during a phone interview from her home in Los Angeles.

“So many people need to connect, not just through advice, but through real stories and experiences they can hang on to in times when they need hope and inspiration,” she said. “Most people don’t know any of the stuff that was really going on as we were building the business — they just see the fairy tale.” 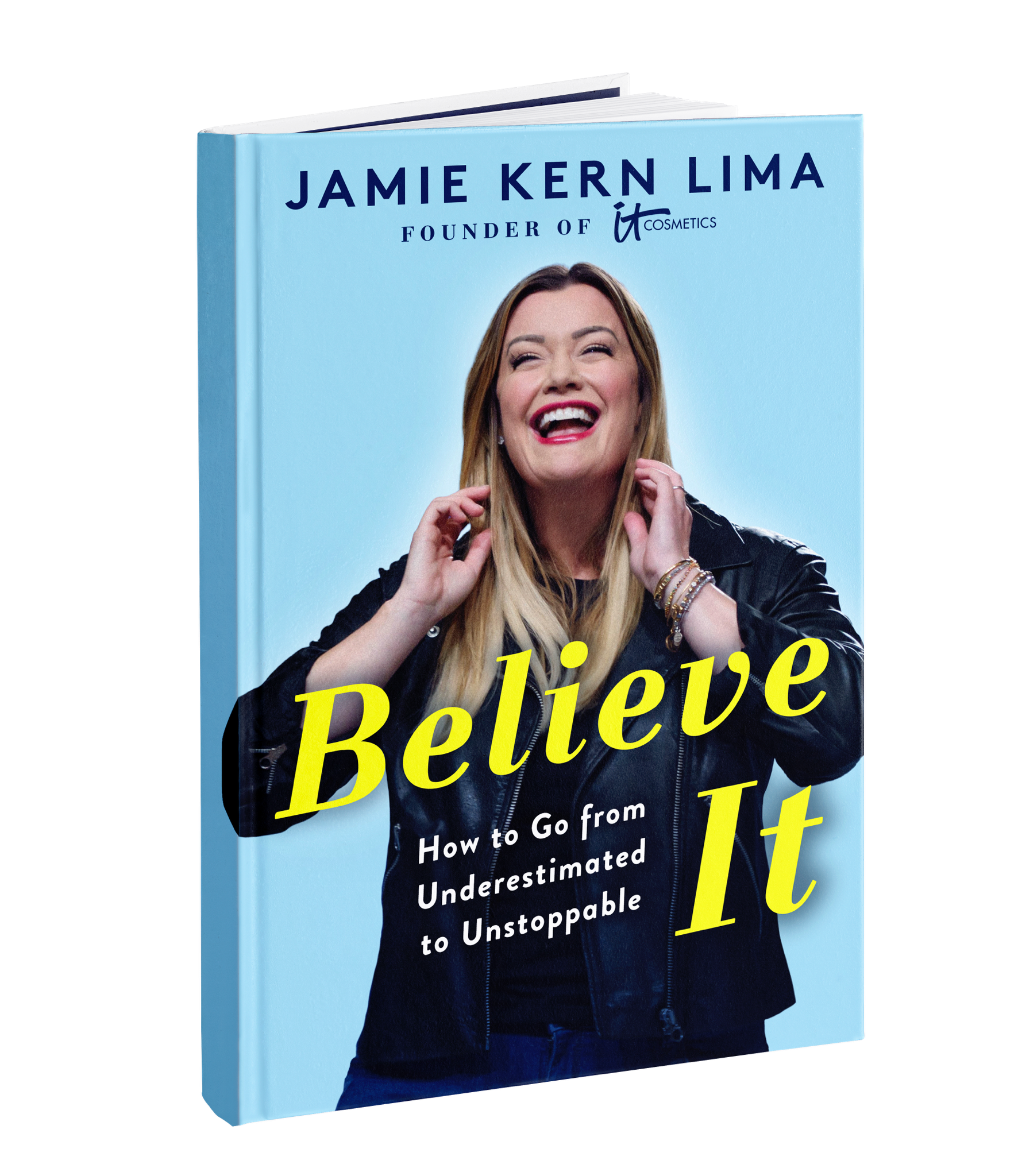 In the book, Lima shares the lows — the investment banker who told her she was too heavy to be a beauty role model, the emotional toll that working 20-hour weeks took on her marriage — but exults in the highs. Every time she writes of getting a “yes,” the word is capitalized, bolded, italicized, celebrated, and her developing confidence in herself rises as steadily as the value of her company.

It’s developing that confidence that Lima hopes to foster in readers. In addition to the book, she will host an all-day free virtual event with many of her famous friends, including Chrissy Metz, Jay Shetty and Spanx founder Sara Blakely, as well as give away workbooks and other goodies to those who preorder the book on Believeit.com. Thus far, Lima said more than 40,000 people have signed up for the workshop. Lima is donating 100 percent of the proceeds to Feeding America and Together Rising.

Oprah has become a friend of Lima’s, as well as a mentor, and when asked if she might hope to follow in her footsteps with, say, a talk show one day, Lima, who was a newscaster before she founded It, demurred. “I’m open to whatever feels right in my gut. I have always known that I’m supposed to do things bigger than myself for other people,” she said. “One of the biggest realizations I’ve had is that we’re not here to compete with anyone else. We are here to compete with who we know we are born capable of becoming.”